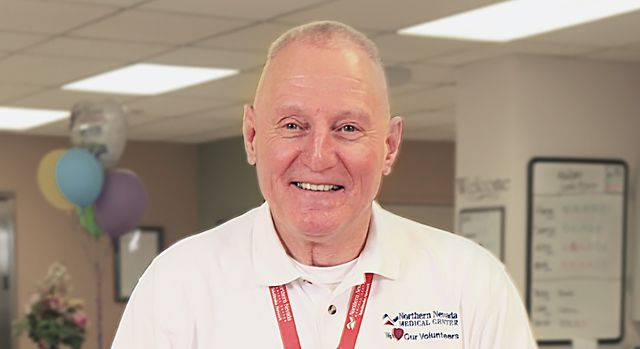 Donald Walters had finally decided it was time to do something about his chronic acid reflux. He had dealt with it for five years with no improvement. He also had a hiatal hernia that contributed to his discomfort.

Donald’s primary care doctor referred him to General Surgeon Michael Murray, MD, for an evaluation. Dr. Murray told Donald about a procedure called a transoral incisionless fundoplication (TIF), which could help relieve the reflux. And he could also repair the hernia at the same time. Donald agreed to the procedure.

“I was only in the hospital for two days, and my whole experience was unbelievable,” says Donald. “Dr. Murray was amazing and the nurses provided excellent care. Everyone I encountered had a smile on their face and was genuinely happy to be there.”

A few months later, Donald started feeling numbness in his feet. Aware of his history of peripheral artery disease, he was referred to Cardiologist Thomas Truong, DO, who specializes in peripheral vascular medicine. Dr. Truong found a blockage in Donald’s right leg, and suggested they put a stent in to relieve the blockage and numbness. “Again, I had an amazing experience with the care I received. These are professionals who truly care about people, and it shows. It’s part of the culture here,” says Donald.

It was after his experiences at Northern Nevada Medical Center that Donald decided to be a volunteer. “I just loved being there with everyone,” he says. “When I needed care, the staff here honored my life’s journey by giving me the best care I had ever received. Now I want to pay it forward and honor others’ life journeys by volunteering and caring for others,” he says.

It didn’t take long for Donald to make an impact as a volunteer. Danielle Roehm, Director of Patient Experience, Nutritional Healing Arts and Volunteer Services, says Donald has “an eye” for serving. “He helps families, patients, and staff. He does everything!” she says.

Not a typical volunteer, Donald puts in 45 hours per week; nine hours a day for five days. He also does not have an easy commute — he has to take three buses each way to get to and from the hospital. Once he arrives, he is on a mission to take care of someone, be it a patient, a fellow volunteer or one of the hospital staff members.

“He visits with families waiting outside of surgery, or ICU, and he also delivers snacks, books and magazines to patients,” says Danielle. “He is happy every single day!”

Danielle has received countless Facebook posts and letters from family members and patients telling how much of an impact Donald made during their hospital experience. “His passion for what he does and calm, positive attitude is memorable, so it was no surprise when he was honored as the ‘2016 Volunteer of the Year,’” says Danielle. “He is appreciated more than he realizes, and we are lucky to have him here at Northern Nevada Medical Center!”

Donald says he loves visiting patients who have nobody visiting them and also makes a special point of coming in on holidays. “I make sure their hospital stay is the best it can be. And I always see to it that anyone having surgery gets a flower. It shows them that someone cares, and it really brightens them up,” he says.

Learn more about volunteering at NNMC >