Get the Facts on Chronic Obstructive Pulmonary Disease (COPD) 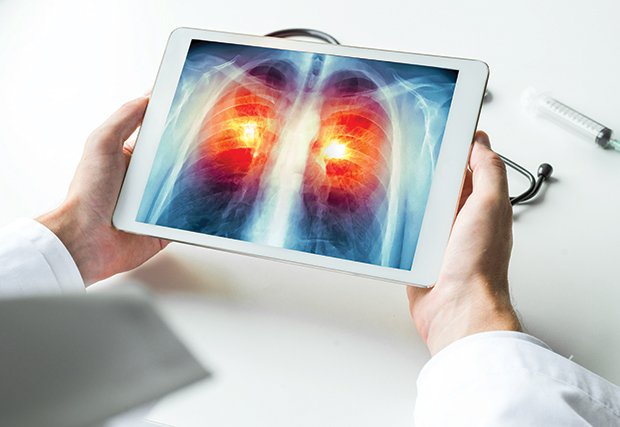 You may have heard about COPD, but what is it exactly? Learn the symptoms, the causes and treatment. 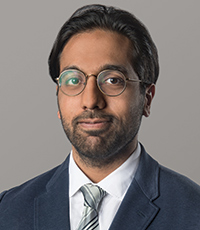 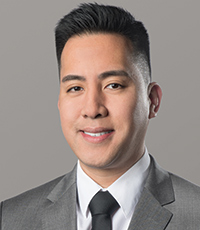 If you smoke and have emphysema or chronic bronchitis, you may have also heard your condition referred to as COPD. Pulmonologists Aleem Surani, MD, and Aaron Viray, MD, who diagnose and treat lung disease at Northern Nevada Medical Center, say it is technically not a disease, but a limitation of air flow that can occur from several different diseases, such as chronic bronchitis or emphysema. “A vast majority of patients with COPD have a history of smoking,” says Dr. Surani. “But younger patients who exhibit the signs may have an inherited condition due to a deficiency of a certain protein.”

Common symptoms of possible COPD include shortness of breath, a chronic cough, mucus production, lung infections, low oxygen levels, wheezing and blue fingernails. Dr. Surani says there are a lot of the same symptoms between asthma, COPD and heart conditions, so it’s important to see the right specialist. “Sometimes a patient will tell me they have it, when really they have asthma or heart failure,” he says. “If you have any of these symptoms, you should see a pulmonologist.” Dr. Viray says that varied tests can be done depending on the patient, but the pulmonary function test is used to diagnose the condition because it gives more details on how the lungs are functioning as well as how much airflow is available.

While there is no cure, there are several treatment options depending on the symptoms and airflow limitations. “Different levels of inhalers can be used to help relieve shortness of breath symptoms, in addition to oxygen treatment,” says Dr. Surani. “We also make sure patients are current with their flu and pneumonia shots to help prevent complications should they get either illness.”

Both doctors say higher altitudes, such as living here in Reno, are a big concern because each breath delivers a lower amount of oxygen to the body compared to being at sea level. “You can notice the difference because you feel more short of breath at higher elevations,” says Dr. Viray. “So for people with lung issues, it makes it that much worse because their oxygen levels are already compromised.”

“The biggest issue is that if you are a smoker, it is strongly suggested that you stop smoking. The loss of lung function from smoking does not come back because the lungs do not regenerate themselves, but you can prevent further damage,” says Dr. Surani. Dr. Viray adds that lung function starts to decline around age 30 on its own, but smoking just accelerates it.

Get monthly updates with health news, recipes, and more