The Heartburn and Reflux Center at Northern Nevada Medical Center offers innovative treatments that can reduce chronic heartburn, as well as chest or throat discomfort to help you restore your lifestyle.

Heartburn is the most common symptom, but other symptoms include:

Prolonged acid reflux can result in chronic inflammation of the esophagus and a change in its lining, a condition known as Barrett’s esophagus, which has been linked to cancer of the esophagus.

Medication, diet and lifestyle changes are the most common treatment options for GERD. While these treatments can alleviate symptoms, they typically do not solve the problem or halt progression of disease. Even with medications, you may still need to restrict your diet. 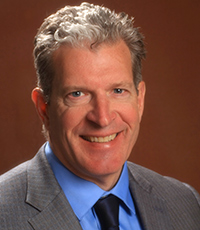 TIF is a less invasive restoration of the anti-reflux barrier that does not require internal incisions or dissection. Most patients are able to return home the next day, and can return to work and most normal activities within a few days. This procedure is performed by General Surgeon Michael Murray, MD, from Northern Nevada Medical Group.

During the procedure, with the patient under general anesthesia, surgeons insert a device equipped with a small camera through the patient’s mouth and toward the stomach. Surgeons manipulate the device to make and fasten several folds of tissue (plications) and create an anti-reflux valve at the connection of the stomach and esophagus. After two years, the majority of TIF patients are able to return to eating foods that they could not previously tolerate, and are able to stop taking medication.