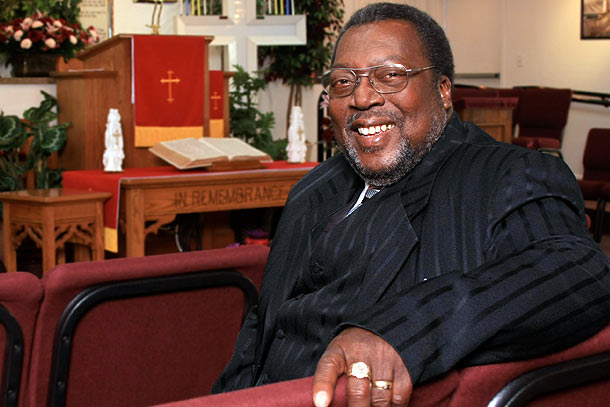 Around midnight on August 14, the Rev. Don Butler, Sr. had a painful, rude awakening. Butler, who has been the pastor of the First Baptist Church of Black Springs in Reno for more than 28 years, began experiencing mild abdominal pain. The pain continued worsening, eventually becoming unbearable. Around 4:30 a.m., he decided to seek emergency care.

“I’ve always had a very high tolerance for pain,” says Butler. “I’ve had a broken leg, three knee surgeries, a broken back, back surgery, emergency appendix surgery and shoulder surgery. But none of these can begin to compare to the pain that I experienced that night.”

Too Long of a Wait at Other Hospital

Butler remembered hearing about NNMC’s 15-minute guarantee — that patients will be seen by a nurse within 15 minutes or their Emergency Department visit will be free.* He drove himself there. When he told the NNMC Emergency Department receptionist about his pain, she immediately called someone, and staff began examining him right away. The doctor gave him pain medication and ordered an ultrasound, which showed that a kidney stone was to blame. The doctor told Butler that he would likely pass the stone. He sent him home with more pain medicine, and Butler passed the stone soon afterward.

“The Emergency Department staff treated me like a VIP,” says Butler. “Through all my injuries and surgeries, I’ve never been treated with such kindness and respect.” Since that night, Butler has told his congregation, family and friends about his positive experience at NNMC. “I have been recommending, and will continue to recommend, NNMC to everyone,” he says.

*Fees for physician, lab, pharmacy, X-rays or other diagnostic imaging are excluded. This offer is revocable in the event of disaster or catastrophic occurrence.